(Fwrd Axis) — Soccer legend Lionel Messi and Argentina defeated reigning champion France in penalty kicks on Sunday to capture the 2022 FIFA World Cup in one of the most thrilling matches in sports history.

Argentina led 2-0 for much of the match but France scored twice off goals from Kylian Mbappé to level the match at two goals apiece and force extra time.

After Messi scored late to put Argentina up 3-2, France answered back in extra time to make it a 3-3 game and send the game into the penalty shootout. The French missed twice in the shootout, including sending a shot wide of the goal. Messi and Gonzalo Montiel sealed the victory for Argentina, who captured their first World Cup title.

The match also cemented Messi’s status as the game’s greatest-ever player by capturing a World Cup as he is set to exit the global stage. However, he hinted on Sunday he may not be done just yet playing at the international level.

“I won the Copa America and the World Cup in a short time,” Messi said. “I love what I do, being in the national team, and I want to continue living a few more games being world champion.

“I am going to take the Cup to Argentina to enjoy it with you,” he added. 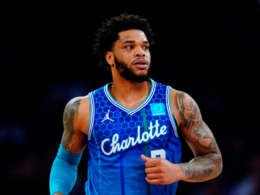 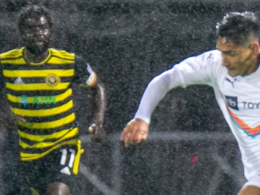