The move will see the release of over 180 million barrels of oil, the largest release of U.S. reserves in history. The first is expected to come in May.

WASHINGTON (Fwrd Axis) — President Joe Biden on Thursday said he will release one million barrels of oil per day from the Strategic Petroleum Reserve over a six-month period in an effort to drive down record-high oil prices.

The move will see the release of over 180 million barrels of oil, the largest release of U.S. reserves in history. The first is expected to come in May.

“I know how much it hurts, as you’ve heard me say before, I grew up in a family like many of you, where when the price of a gallon of gasoline went up it was discussed at the kitchen table,” Biden said. “Our family budgets, your family budgets to fill a tank, none of it should hinge on whether a dictator declares war.”

Biden said he didn’t know how soon gas prices would begin to go down or by how much, saying it would depend on how much other countries stepped up their supply. A senior administration official told FWRD AXIS News Biden’s announcement is a “bridge” to fill the gap left in the market until domestic oil producers can ramp up production.

Several oil companies have been pumping out more supply during the pandemic, and the White House says to expect domestic production to increase by 1 million barrels per day this year. However, Biden warned the companies to not take advantage of the American people by keeping prices high.

“I say enough, enough of lavishing excessive profits on investors and payouts and buybacks,” Biden said. “The American people are watching, the world is watching U.S. oil companies.”

The President accused the companies of “hoarding without producing” and called on Congress to force oil companies to pay fees on wells from federal land leases that they aren’t using.

“Those sitting on unused leases and idle wells will either have to start producing or pay the price for their inaction,” Biden said.

The Biden administration announced the release of 50 million barrels from the strategic reserve in coordination with other countries back in November. According to the Department of Energy, over 568 million barrels of oil were held in the reserve as of March 25.

Despite Russia being one of the top producers of oil, contributing about 10% to the global market, earlier this month, Biden announced the ban on Russian oil and energy products as a result of Vladimir Putin’s war in Ukraine.

“As I said from the start, Putin’s war is imposing a cost on Americans, our allies, and democracies around the world,” Biden said Thursday. 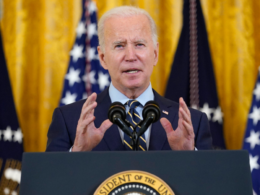 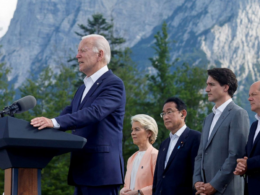 ELMAU, Germany (Fwrd Axis) — The United States is set to announce this week that it has purchased an advanced…
byStephen Michael 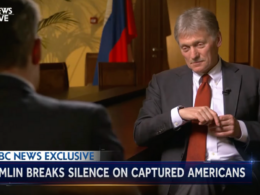 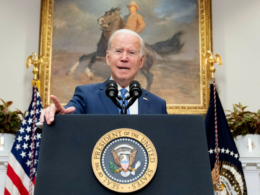