PHILADELPHIA (Fwrd Axis) — President Joe Biden slammed Republicans in Philadelphia on Thursday for supporting an extreme ideology that he says threatens democracy as he continues to call out conservatives ahead of the midterm elections.

Speaking from Independence National Historical Park in Philadelphia, the President slammed the Make America Great Again movement as an “extreme ideology” and said those who believe in the MAGA movement are a threat to democracy.

“Too much of what’s happening in our country today is not normal. Donald Trump and the MAGA Republicans represented extremism that threatens the very foundations of our Republic,” Biden said.

Biden slammed the s0-called “MAGA Republicans” for refusing to accept the results of the 2020 election as well as talking about violence in response to actions that they don’t like.

“MAGA Republicans have made their choice. They embrace anger. They thrive on chaos. They live not in the light of truth but in the shadow of lies,” he said.

“Not every Republican embraces their extreme ideology. I know because I’ve been able to work with these mainstream Republicans,” he said. “But there’s no question that the Republican party today is dominated, driven, and intimidated by Donald Trump and the MAGA Republicans and that is a threat to this country.”

“For a long time, we’ve reassured ourselves that American democracy is guaranteed. But it is not. We have to defend it. Protect it. Stand up for it. Each and every one of us,” Biden added.

Several political insiders felt Biden’s remarks were not only an attempt to energize the Democrats for the 2022 midterm elections but also a launching pad for Biden’s 2024 re-election campaign.

House Minority Leader Kevin McCarthy slammed Biden prior to his remarks, saying the President should apologize for labeling Trump supporters as “semi-fascists” at a recent event.

Instead of trying to bring our country together to solve these challenges, President Biden has chosen to divide, demean, and disparage his fellow Americans — simply because they disagree with his policies. That’s not leadership,” McCarthy said.

Biden concluded his speech by calling on Americans to stand up to the face of threats of violence and added America is its best when it is united.

“For a long time, we’ve reassured ourselves that American democracy is guaranteed. But it is not. We have to defend it. Protect it. Stand up for it. Each and every one of us,” he said. 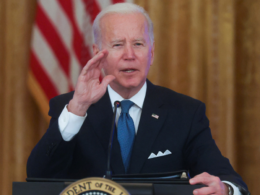 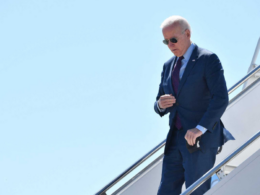 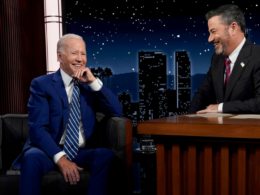 Kimmel and Biden talked for around 23 minutes and the late-night host pressed Biden on several issues, raising questions that many Americans have.
byStephen Michael