The decision will see Biden avoid what many saw as a mistake by former President Donald Trump when he chose to stand side-by-side with Putin in 2017.

The decision will see Biden avoid what many saw as a mistake by former President Donald Trump when he chose to stand side-by-side with Putin while briefing the press.

“We expect this meeting to be candid and straightforward, and a solo press conference is an appropriate format to clearly communicate with the free press the topics that were raised in the meeting — both in terms of areas where we may agree and in areas where we have significant concerns,” the White House said.

After Trump’s meeting with Putin in Helsinki, Finland, Trump’s joint press conference was seen by many at the White House as a disaster. Trump presented his relationship with Russia’s president as “friendly” and chummy, saying he trusted Putin over the U.S. intelligence community on the topic of Russia’s interference in the 2016 election.

The White House also said Biden will be addressing several issues with Putin and be direct on cyber attacks linked to Russia, increasing Russian aggression towards Ukraine, human rights violations, and election interference.

Putin’s spokesperson, Dmitry Peskov told Russian News Agency TASS on Saturday that the Russian president will speak to Kremlin pool reporters and other media outlets after the meeting. Peskov said holding separate press conferences is the “practice of the American side” and is not indicative of low expectations for the highly anticipated meeting.

Earlier this week, Biden said he wants the United States to have a “stable and predictable relationship” with Russia but “will respond in a robust and meaningful way if the Russian government engages in harmful activities.”

Putin did an interview with NBC News Friday called Biden a “career man” in politics who is likely to provide stable decision-making, but also said U.S.-Russian relations have deteriorated to their “lowest point in recent years.” 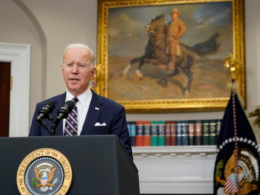