LONDON (Fwrd Axis) — British Prime Minister Liz Truss resigned on Thursday after just six weeks in office after a disastrous era led the British Pound to plummet and her government in chaos.

Truss ends her time in office as the shortest-serving prime minister in British history. A leadership contest is now underway to decide the next leader of the ruling Conservative Party and will end next week. Meanwhile, the Labour Party called for an immediate election.

“I will remain as prime minister until a successor is chosen,” she added.

Rishi Sunak, Boris Johnson’s former finance minister, is the favorite to replace Truss. He finished second to Truss in the race to succeed the scandal-ridden Boris Johnson.

President Joe Biden thanked Truss for her role in defending Ukraine against Russia and vowed the United States and the United Kingdom will remain allies moving forward.

The United States and the United Kingdom are strong Allies and enduring friends — and that fact will never change,” Biden said in a statement. “I thank Prime Minister Liz Truss for her partnership on a range of issues including holding Russia accountable for its war against Ukraine. We will continue our close cooperation with the U.K. government as we work together to meet the global challenges our nations face.”

Truss has been a critic of President Vladimir Putin and his war in Ukraine.

The 47-year-old was the clear front-runner in the race as a tax-cutting, anti-“woke” candidate as she vowed to take a hard line on post-Brexit dealings with the European Union. Truss defeated Rishi Sunak, 57% to 43% in the final runoff.

VATICAN CITY — Pope Francis has “reacted well” to a planned intestinal surgery, the Vatican announced on Sunday. Thank you for…
byStephen Michael 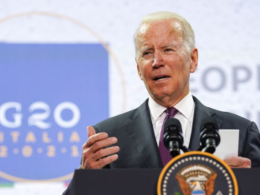 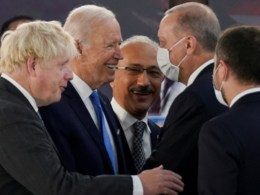