Speaking to MSNBC’s Rachel Maddow, Schiff called the move by the Trump Justice Department a ‘terrible abuse of power’.

Rep. Adam Schiff (D-CA) is calling for an inquiry after The New York Times reported former President Donald Trump’s Justice Department targeted the records of Congressional Democrats along with their aides and family members.

Speaking to MSNBC’s Rachel Maddow, Schiff called the move by the Trump Justice Department a “terrible abuse of power.”

“It violates, I think, the separation of powers, but it also makes the Department of Justice a fully owned subsidiary of the president’s personal legal interests,” he said.

Schiff, the chairman of the Intelligence Committee, did not name who else was targeted nor did he say if Republican members were included. He did say that the subpoenas were “extraordinarily broad.”

Prior to appearing on Maddow’s show, Schiff released a statement through his office. He blasted the former President and accused him of using the Justice Department for his own political gain.

“President Trump repeatedly and flagrantly demanded that the Department of Justice carry out his political will, and tried to use the Department as a cudgel against his political opponents and members of the media,” the statement read. “It is increasingly apparent that those demands did not fall on deaf ears. The politicization of the Department and the attacks on the rule of law are among the most dangerous assaults on our democracy carried out by the former President.”

Schiff called for an investigation to take place and called on the Inspector General to conduct an internal investigation.

“Though we were informed by the Department in May that this investigation is closed, I believe more answers are needed, which is why I believe the Inspector General should investigate this and other cases that suggest the weaponization of law enforcement by a corrupt president,” he said.

Meanwhile, The Times reported that the Justice Department subpoenaed information in 2018 from Apple regarding two Democrats on the House Intelligence Committee, which also included their families and aides.

Rep. Eric Swalwell (D-CA) spoke to CNN’s Don Lemon late Thursday and said Apple had told him that his records had been requested by the Justice Department.

Former Attorney General Jeff Sessions began the inquiry and it was continued by William Barr after Trump fired Sessions. The reason behind the inquiry was to find the source of leaks of classified information, according to The Times. No one the committee was connected to the leaks. 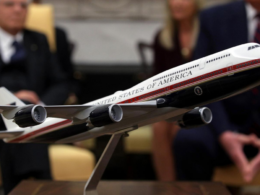 The law comes into effect after the Supreme Court and a federal appeals court failed to take action when prompted by abortion providers.
byStephen Michael 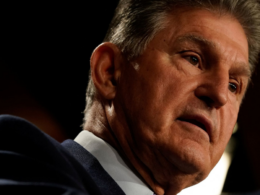