UPDATE (12:30 PM EDT): The two residents initially reported as “unaccounted for” have been located. The death toll, originally reported as four fatalities, has increased to five.

UPDATE (4:40 PM EDT): Police have identified the five residents who lost their lives in the blast. Four out of the five were children.

The names of the residents who died are:

POTTSTOWN, Pennsylvania (Fwrd Axis) — Residents were rocked in the borough of Pottstown, Pennsylvania, when a home located in the vicinity of Butler Avenue and Washington Street exploded. A total of three homes have been destroyed, with homes and property in the immediate area also sustaining damage as authorities responded to the scene at about 8:00 PM, EDT on Thursday, May 26.

Officials last night confirmed that four people have perished, with two others transported to area hospitals with unspecified injuries. Investigators were also working to confirm the claim of an additional two people who initially were reported as unaccounted for. Those two people have now been found.

At a noon press conference at Pottstown Borough Hall, officials updated the death toll to five people. Two people had been transported to local area hospitals. One person is in critical, but stable, condition. The other person is undergoing surgery with unspecified injuries. Officials have not released the names of victims, as family notification processes are still underway.

Neighboring residents of the Pottstown home explosion reported a deafening boom, with some reporting what they thought was the feeling of intense shaking, with a debris field extending at least a block away from the origin.

Photos captured at the scene showed the widespread debris and intensity in the aftermath of the deadly explosion.

At the scene of what appears to be an explosion on N. Washington Street in Pottstown. 1 house entirely gone, other houses damaged. No flames, smoke or smell of gas. These are the shots I got before police kicked me out. pic.twitter.com/r7gEgepQRx

Local news station FOX29 spoke with resident Katie Washabaugh, who resides near the house, who recalled,

“We thought that either an earthquake was happening or that someone crashed into the building,”

Pottstown Borough Manager Justin Keller held a press conference in the aftermath of the explosion on Thursday night to brief local news reporters of developments. At the 11:00 PM briefing, Keller stated,

We can confirm that there are four (4) fatalities at this time, and two (2) people were transported to regional hospitals for treatment. We are receiving information that there may still be two (2) people unaccounted for. The Fire Department, EMS, and Police remain on scene along with several other outside agencies including ATF, PSP Fire Marshal’s Office, and Red Cross.

The Red Cross has been set up at the Pottstown High School, where they are helping seven families affected by the explosion. Classes in the district have been cancelled for Friday, May 27. Continued services and support for residents have been made available to those in need.

The investigation is ongoing and more information will be reported as new details are provided. Our hearts go out to the victims and their families as they process this unimaginable tragedy.

Law enforcement did not recover any explosive devices from the truck of the suspect.
byStephen Michael 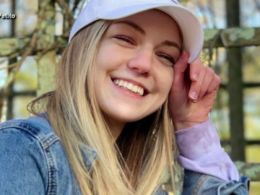 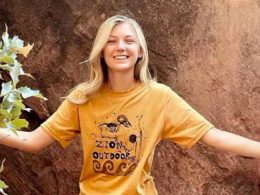