Fetterman also acknowledged that he did not take the recommended medication he was prescribed by doctors in 2017 for atrial fibrillation.

(Fwrd Axis) — Pennsylvania Democratic Senate nominee John Fetterman on Friday said he should have taken his health “more seriously” after suffering a stroke last month, which left both his family and party wondering if he could continue in the race as the midterm elections draw closer.

Fetterman’s doctor released a letter on Friday, being candid about his health issues and vowing to take them more seriously moving forward.

“Like so many others, and so many men in particular, I avoided going to the doctor, even though I knew I didn’t feel well,” John Fetterman said in a statement. “As a result, I almost died. I want to encourage others to not make the same mistake.”

“Doctors have told me I need to continue to rest, eat healthy, exercise, and focus on my recovery, and that’s exactly what I’m doing,” he added. “I’m not quite back to 100% yet, but I’m getting closer every day.”

Fetterman also acknowledged that he did not take the recommended medication he was prescribed by doctors in 2017 for atrial fibrillation — an irregular heart rhythm — and a decreased heart pump. His cardiologist wrote a letter, revealing the 52-year-old has cardiomyopathy, a condition the American Heart Association describes as “a disease of the heart muscle that makes it harder for the heart to pump blood to the rest of the body.”

“I had prescribed medications along with improved diet and exercise and asked him to follow up again in the following months,” Chandra wrote. “Instead, I did not seem him again until yesterday, John did not go to any doctor for 5 years and did not continue taking his medications.”

However, Chandra made sure to note that if Fetterman follows doctors’ orders, he “should be able to campaign and serve in the U.S. Senate without a problem.”

The news came just hours before celebrity doctor Mehmet Oz was declared the winner of the Republican primary after GOP candidate Dave McCormick conceded the race amid a recount. 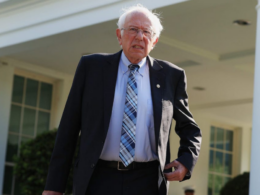