The Department of Defense says the decision was an act of self-defense and the United States acted within its legal rights.

President Joe Biden directed U.S. military forces to conduct defensive precision airstrikes on Iran-back militias near the Iraq-Syria border region on Sunday evening, according to a press release from the Department of Defense.

“At President Biden’s direction, U.S. military forces earlier this evening conducted defensive precision airstrikes against facilities used by Iran-backed militia groups in the Iraq-Syria border region,” Pentagon press secretary John Kirby said in a statement. “The targets were selected because these facilities are utilized by Iran-backed militias that are engaged in unmanned aerial vehicle (UAV) attacks against U.S. personnel and facilities in Iraq.”

“As demonstrated by this evening’s strikes, President Biden has been clear that he will act to protect U.S. personnel. Given the ongoing series of attacks by Iran-backed groups targeting U.S. interests in Iraq, the President directed further military action to disrupt and deter such attacks,” Kirby said.

Kirby went on to add the matter was an act of self-defense and the United States acted within its legal rights.

“The strikes were both necessary to address the threat and appropriately limited in scope,” Kirby’s statement said. “As a matter of domestic law, the President took this action pursuant to his Article II authority to protect U.S. personnel in Iraq.”

Biden returned to the White House late Sunday evening from a weekend trip to Camp David but did not stop to speak to reports who gathered on the South Lawn. Instead, he responded simply with, “I’ll talk to you tomorrow.”

This is not the first time Biden has ordered the U.S. military to conduct airstrikes. Back in February, he ordered forces to strike a site in Syria, which was being used by Iranian-backed militia groups in response to rocket attacks on American forces.

Story updated with more information upon Biden’s return to the White House. 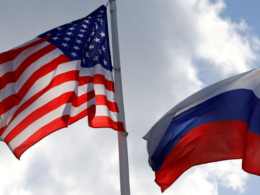