Nelson is leaving the group after nine years to focus on her mental health.

British pop group Little Mix is undergoing a massive shakeup and is on track to become a trio.

Singer Jesy Nelson is leaving the group after nine years to focus on her mental health, the group announced across their social media on Monday afternoon. Nelson had been a part of the British girl band since their win on The X Factor U.K. in 2011.

“After an amazing 9 years together Jesy has made the decision to leave Little Mix. This is an incredibly sad time for all of us but we are fully supportive of Jesy,” the group said in a statement. “We love her very much and agree that it is so important that she does what is right for her mental health and well-being.”

The remaining members Leigh-Anne Pinnock, Perrie Edwards, and Jade Thirlwall plan to continue on as a trio and will still be going on tour, according to the statement.

“The truth is recently being in the band has really taken a toll on my mental health,” she wrote. “I find the constant pressure of being in the girl group and living up to expectations very hard.”

She went on to say she wants to spend time with her family, friends, and those she loves before adding she hopes her fans join her on the journey.

“I need to spend some time with the people I love, doing things that make me happy,” Nelson wrote. “I’m ready to embark on a new chapter in my life — I’m not sure what it’s going to look like right now, but I hope you’ll be there to support me.”

Little Mix won The X Factor U.K. back in 2011 and were an instant hit with fans across the world, going on a worldwide tour and selling over 50 million albums. 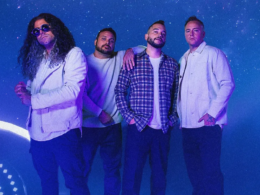 The followup to 2018's Vaxis I: The Unheavenly Creatures is an emotionally-charged ride with a radiantly epic finish.
byD. S. Bradford 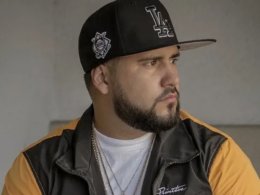 If you ask the average rap fan if they remember Mellow Man Ace, or Kid Frost and his…
byLance Cooper