Police said that the motive for the shooting was ‘unclear’ while officers are reviewing footage of the shooting.

The first call of shots fired came in at around 1:24 a.m. local time (12:24 a.m. ET). Six people were taken to a hospital by the Austin Police Department and one hospital received 11 of the victims for treatment while another person was transported to a different hospital.

“I’m happy to report no one has died,” interim Austin Police Chief Joseph Chacon told reporters. “We do have 2 patients in critical condition. We have a total of 11 people transported to one hospital, 1 was transported to a different hospital and 1 person reported to an Urgent Care Clinic. So there is a total of 13 shooting victims.”

Chacon said that the motive for the shooting was “unclear” while officers are reviewing footage of the shooting. 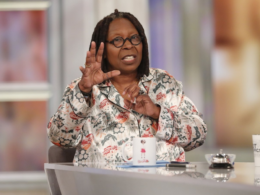