The matchup for Super Bowl LVI is set as the Los Angeles Rams will face the Cincinnati Bengals at home in SoFi Stadium on Feb. 13.

(Fwrd Axis) — After what many are calling the best NFL Playoffs in recent memory, the matchup for Super Bowl LVI is set as the Los Angeles Rams will face the Cincinnati Bengals at home in SoFi Stadium on Feb. 13.

The Rams edged out the San Francisco 49ers 20-17 on Sunday night in Los Angeles to win the NFC Championship just hours after Cincinnati beat the Kansas City Chiefs 27-24 in overtime to win the AFC Championship.

Los Angeles trailed 17-7 in the third quarter and would score 13 straight points to get the win. Rams kicker Matt Gay tied the game with a field goal and then put them ahead 20-17 with seven minutes remaining.

San Franciso had one final chance to win the game or force overtime but 49ers quarterback Jimmy Garoppolo was intercepted by Rams linebacker Travin Howard with 1:09 to play to seal the win for Los Angeles.

“Go down 17-7, doesn’t look good,” Rams coach Sean McVay said after the game. “But the guys just stayed in the moment, one play at a time, did a great job.”

Earlier in the day, the Bengals beat Kansas City in overtime at Arrowhead Stadium, despite being heavy underdogs. For the second consecutive weekend, the Chiefs went into overtime and started with the ball. However, this time quarterback Patrick Mahomes threw an interception, setting up the game-winning drive for Cincinnati to advance to their first Super Bowl since 1988.

The Super Bowl will be just the second time in NFL history that a team will play in their home stadium after the Tampa Bay Buccaneers did so last year. Tom Brady, who is reportedly retiring, led the Bucs to a 31-9 win over the Chiefs at Raymond James Stadium. 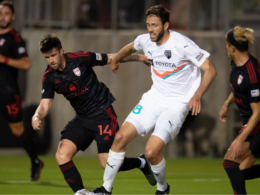 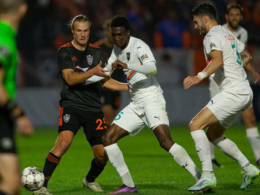 The victory sees SAFC get right back into the win column, winning four of their last five matches, despite injuries to several key players.
byStephen Michael