WASHINGTON –  President Donald Trump was impeached by the House of Representatives on Wednesday, becoming the first American President to be impeached twice after being charged with charged with “incitement of insurrection” following the deadly insurrection at the Capitol last week.

The Capitol was surrounded by National Guard troops as the House voted 232-197 to impeach Mr. Trump. Ten Republicans joined the Democrats to impeach the President, saying he should be held accountable and warned ominously of a “clear and present danger” if he is left unchecked for the rest of his term.

The Capitol insurrection angered lawmakers on both sides. Democrats were calling for him to be removed as well as Republicans, who have stood by Trump throughout his presidency and allowed him to spread false information about the 2020 election.

“He must go, he is a clear and present danger to the nation that we all love,” House Speaker Nancy Pelosi said.

Mr. Trump watched all the action unfold at the White House on Wednesday, releasing a video statement condemning the violence last week at the Capitol but stopped short of bearing any responsibility for what took place.

“Like all of you, I was shocked and deeply saddened by the calamity at the Capitol last week,” he said. “Mob violence goes against everything I believe in and everything our movement stands for. … No true supporter of mine could ever disrespect law enforcement.”

This comes despite many of the rioters waving Trump flags and wearing Trump shirts. There were also several QAnon supporters, the conspiracy theorist group the President has backed and never denounced.

Mr. Trump was first impeached by the House in 2019 after he was charged with pressuring the Ukraine for dirt on then-candidate Joe Biden. However, the Senate voted in 2020 to acquit him of any crime.

Senate Majority Leader Mitch McConnell said after Wednesday’s vote that the Senate Impeachment Trial could begin as soon as next Tuesday, the day before Biden is sworn in as President. McConnell believes Trump committed impeachable offenses and considers the second impeachment as the first step to rid him of the Republican party for good. 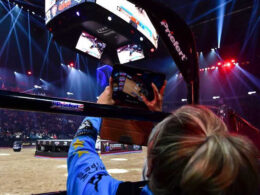 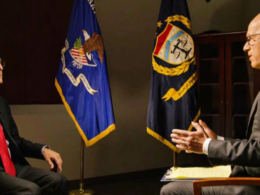