The pushback from the White House comes after two separate reports over the weekend claiming dysfunction within the West Wing.

WASHINGTON (Fwrd Axis) — The White House on Monday defended Vice President Kamala Harris as a “key partner” to President Joe Biden as reports swirled over the weekend of dysfunction within the West Wing.

The pushback from the White House comes after two separate reports over the weekend. CNN reported Sunday that West Wing aides are allegedly surprised by the dysfunction and lack of focus from Harris and her staff. However, Harris’ circle reportedly believes the Vice President is being pushed to the side and doesn’t have Biden’s support.

Another article from the Los Angeles Times titled “Kamala Harris: the incredible disappearing vice president” painted the Vice President as someone who is in over her head and cited her historically low approval rating as the reason.

“For anyone who needs to hear it. @VP is not only a vital partner to @POTUS but a bold leader who has taken on key, important challenges facing the country—from voting rights to addressing root causes of migration to expanding broadband,” she wrote.

At Monday’s press briefing Psaki doubled down and refuted any claims of dysfunction within the West Wing or any division between Biden and Harris.

“The President selected the vice president because — to serve as his running mate — because he felt she was exactly the person he wanted to have by his side to govern the country,” Psaki told reporters. “She is a key partner, she’s a bold leader, and she is somebody who has taken on incredibly important assignments, whether it is addressing the root causes of migration at the Northern Triangle or taking on a core cause of democracy in voting rights.”

“There’s been a lot of reports out there and they don’t reflect his view or our experience with the vice president,” Psaki added.

When asked by Fox News’ Peter Doocy if Biden would support a future presidential run by Harris in 2024 or 2028, Psaki declined to weigh in on a possible future run for the Vice President.

Biden has said both publicly and privately that he plans to run again in 2024. Despite that, there are reports that he may not seek a second term and Harris could be just a year away from launching a presidential campaign.

Both Biden and Harris displayed no signs of any discourse or division among them when they both appeared at the signing ceremony for the bipartisan infrastructure deal. When she spoke, Harris praised her boss for getting the deal done.

Harris praised Biden at the signing ceremony. “We would not be here today were it not for your leadership, Mr. President,” she said. “From the very start, you welcomed Democrats, independents, and Republicans to meet with us in the Oval Office. You welcomed ideas. You welcomed debate, all in the service of getting this bill done.” 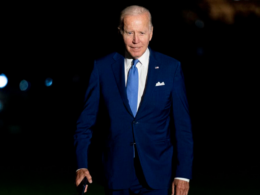 The Saudi foreign minister said Saturday that he did not hear Biden blame bin Salman for Khashoggi's murder.
byStephen Michael 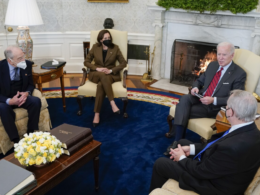 Tuesday reflected the President's commitment to wanting to work with both Democrats and Republicans to get input on whom he should nominate.
byStephen Michael 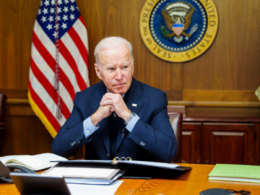 The call between the two leaders comes after the State Department ordered the evacuation of most of its embassy staff in Kyiv.
byStephen Michael