WASHINGTON (Fwrd Axis) — President Joe Biden on Tuesday issued a stark warning to Russia should Russian President Vladimir Putin order an invasion of Ukraine, vowing the full force of the United States and its NATO allies against Russia.

Speaking from the White House, Biden spoke directly to Russian citizens, saying that the US and its allies are not a threat to them. He urged diplomacy to avoid a conflict in Europe and the rest of the world.

He added he believes Putin does not want “a bloody destructive war against Ukraine, a country and the people with whom you share such deep ties of family history and culture.”

Biden said he has hope of diplomacy with Russia but should that not work, he warned the consequences could be painful, and not just for Putin.

“To be clear, if Russia decides to invade that will also have consequences here at home, but the American people understand that defending democracy and liberty is never without cost,” Biden said.

Despite reports that Russia pulled back some of its troops from the Ukraine border early Tuesday, Biden said the United States has not verified that news and it is “very much a possibility” that Russia will invade Ukraine. He went to double down on his warning to Americans in Ukraine to leave now.

The President also warned of a spike in energy prices should Putin invade Ukraine but added he’s working to take steps to alleviate energy cost impact.

“I will not pretend this will be painless, there could be an impact on our energy prices,” Biden said. “So we are taking active steps to alleviate the pressure on our own energy markets and offset raising prices.”

In remarks that appeared intended for Americans and possibly Putin himself, Biden issued his starkest warning yet to Putin if he moves forward with an invasion in the coming days.

“If Russia does invade in the days and weeks ahead, the human costs for Ukraine will be immense, and the strategic cost for Russia will also be immense,” the President warned. “If Russia attacks Ukraine, to be met with overwhelming international condemnation.”

“The world will not forget that Russia chose needless death and destruction,” he said. “Invading Ukraine will prove to be a self-inflicted wound.”

Biden said he and his team want to give diplomacy every chance to succeed but added Russia remains in “a threatening position.”

“We should give the diplomacy every chance to succeed, and I believe there are real ways to address our respective security concerns,” the U.S. President said.

The White House has warned for days that an invasion of Ukraine could happen within days and foreign policy experts have said there could be short-term and long-term consequences, including economically. 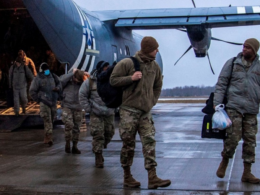 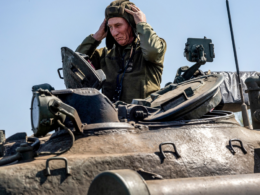